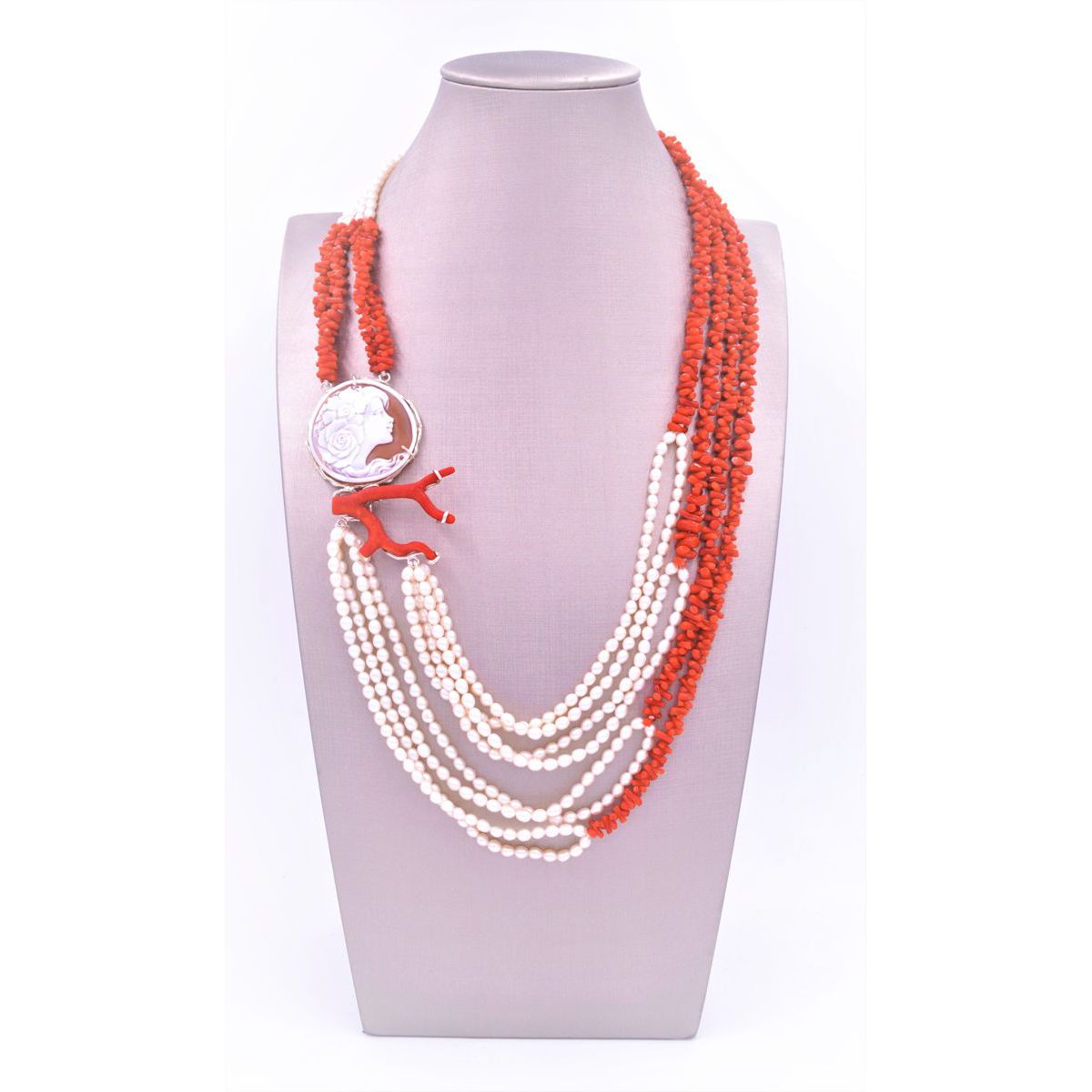 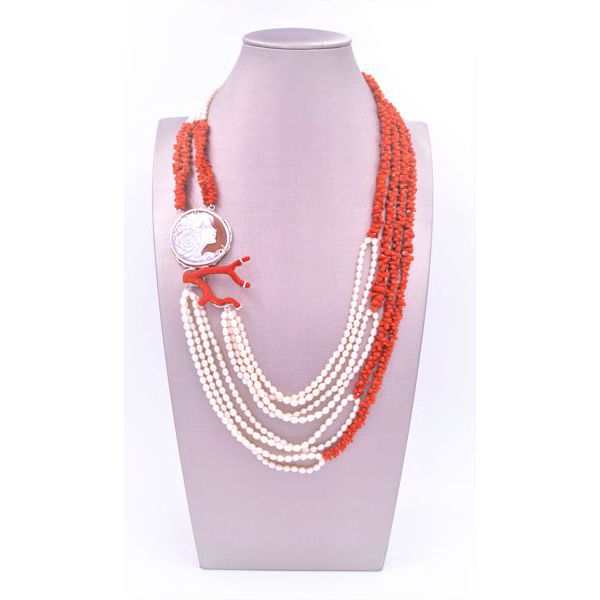 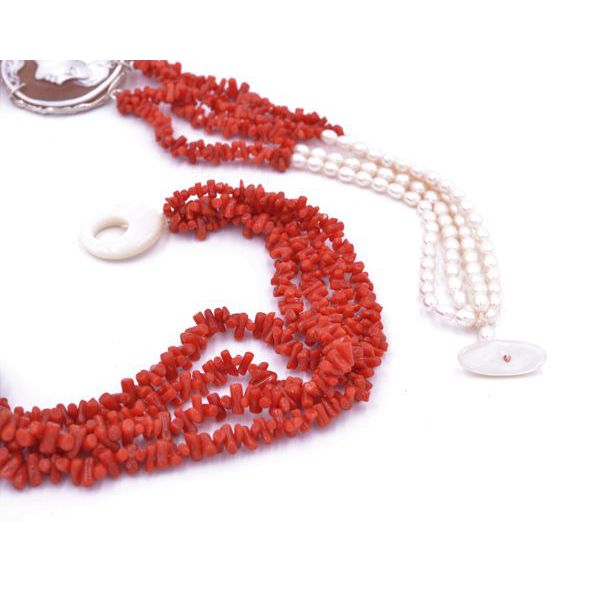 The coral boasts an ancient history in which a set of legends exalts its alleged THERAPEUTIC and SCARAMANTIC virtues that are reflected both in the oriental culture and in the western one. Considered an amulet against the evil eye, it was often placed on the graves of the deceased loved ones to ward off evil spirits, and for the construction of temples together with lava stone. If donated to a child it guarantees their future health. It stimulates vital energy and vitality, the stone of sensuality and affection. Instead, pearls are lunar symbols, linked to water and to women. It sets the mood for the person who carries it, and releases the emotional blockage of the abdomen. Promotes work, and increases loyalty and authenticity. In ancient times the pearls were deposited in the tombs, because it was believed that they regenerated the deceased and accompanied him to the rebirth.
Hand-mounted necklace, with river beads, Mediterranean coral and cameo set in silver 925 anallergic.
Length 68 cm, cameo 4 cm.
Closing in mother-of-pearl

other from BRASS Workshop